Contact: (+34) 971 90 52 02 or: This email address is being protected from spambots. You need JavaScript enabled to view it.
At the “Deutsche Augen Klinik” you will find classic ophthalmology  with refractive and cosmetic surgery. The “Deutsche Augen Klinik” Mallorca has two locations, one in Santa Ponsa, and the other in Palma, in Palma Clinic.   Both locations are  equipped identically and all medical cases can be treated in exactly the same way. Appointments can be made at either clinic under either telephone number and treatments which may be  started in one clinic can be continued at the other at your convenience.

In the consultation, Doctor Beckers takes care of all problems to do with the eyes. Irrespective of whether you have something in your eye, conjunctivitis, or if you need new glasses or contact lenses- with us you are in the best hands. Using the latest diagnostic equipment we are able to help immediately or offer further treatment in nearly all cases, without it being necessary to go to another doctor.   The check for  eye diseases is of particular importance and should be performed once a year. This is particularly important for people with diabetes or coronary heart conditions.   In order to best help our patients, we ask for a description of the problem, when it first appeared and details of any procedures already undertaken as well as medication used.

Although the cataract is one of the most frequent deseases, there is no "conservative" Treatment available.
In order to prevent the increasing loss of eyesight and prevent further eye diseases, the only option is to replace the old (original) lens with an artificial one. Without surgery, the progression of the disease will continue and can lead to blindness. This routine procedure is one of the most frequently performed types of eye surgery which is both safe and has  low risk  of complications.

It is important to have a detailed examination before the procedure. An assessment is made of the stage of the disease, its influence on your vision and the  possibility of other existing eye diseases. We determine precisely which lens is the most appropriate one for the maximum improvement of your vision. In recent years , the methods of correcting virtually any visual defect by customizing the lens have greatly developed and we are able to provide you with a solution to the problem with your vision through the use of a monofocal lens for distance , a multifocal lens (for close-up and distance) and also a varifocal or trifocal lens(for all distances). A corneal curvature can also be compensated. We will explain the advantages and disadvantages in detail in a consultation.

The procedure takes about 15 minutes.:

The face is the area that we glance at first. The eyes can certainly be regarded as a uniquely personal feature which eyeryone sees and remembers. Doctor Beckers performs lid corrections professionally and safely around the eyes eg.. drooping upper lids, bags under the eyes or lower lids.

For lower lid correction, short sedation is required. The incision is microscopic, exactly below the eyelashes and from the outer corner of the eye inwards, so that when it heals well, it is not visible. Then the eyelid skin is lifted and the problem itself is cleared. The so-called eye bags are filled with lymph body fat that forms as we get older and must be removed very precisely for a good result. Then the wound is sewn with a fine thread and covered with a special plaster which can be removed after one to two days. The stitches are then taken out on the fourth day after the operation.

Before an upper eyelid correction, while the patient is still awake, the area will be marked in order to show how much skin will be  removed and where the cuts will be. For the operation, short sedation is enough. After that,  cuts are made following  the natural lines of the upper lid, roughly parallel to the arch of the eyebrow. Then a strip of skin several millimetres wide is removed.  Sometimes it is enough to remove the loose skin,in order to achieve the appropriate rejuvenating effect. In other cases, the surgeon will additionally remove flab and some muscle tissue to get the desired level of tautness. Once this has been achieved, the wound is closed with a fine thread and then covered with a special plaster. After 4-5 days the stitches are removed. 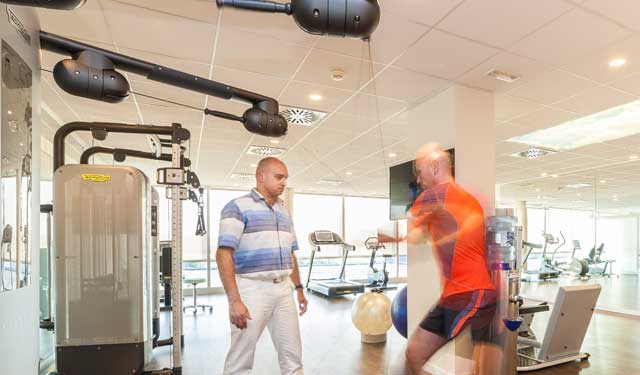